< Jim Stolze and Nicolas Lierman in conversation: The problem of biased algorithms
TechTrip US: entrepreneurship, innovation and privacy >

Smartphones, smartwatches, smart ovens, they even have smart umbrellas these days – it can’t get much crazier, right? Well, now it seems that our contracts are also becoming smart. Imagine a world without empty promises or breaches of contract. Thanks to smart contracts, it’s not only possible, but also a lot more realistic than you might assume. Don’t believe us? Let’s dive deeper into the world of smart contracts.

Just trust us vs. cryptographic truth

In today’s society, when someone wants to conclude an agreement, they usually turn to a ‘trusted’ third party – banks, notaries, insurance companies, etc. – to provide them with a paper promise. Blinded by the grandeur of their marble buildings and the splendor of their fancy suits, however, one tends to overlook the major flaw in these paper promises: the ‘just trust us’ mentality.

Paper promises are broken all the time. When a short squeeze in early 2021 caused large losses for short sellers, online trading app Robinhood temporarily restricted its users from purchasing GameStop stocks, despite its unlimited ‘let the people trade’ policy – just one classic example illustrating why ‘just trust us’ is as much of a guarantee as a pinky promise.

The issue with paper promises is that they come without a firm commitment of any kind, other than our conscience, and nothing actually compels us to deliver on that promise. You could try suing a bank or insurer for breach of contract, but their financial dominance will almost certainly ensure them a guaranteed win in every lawsuit against individuals.

Nevertheless, paper promises are so deeply ingrained in society that we never really question them or consider an alternative. There is one, however: cryptographic truth, a concept that utilizes encryption, math and physics to guarantee outcomes and thus end the inherent arbitrariness of paper promises. Over the past decade, cryptographic truth has gradually matured into more advanced forms, such as smart contracts. How are they different and – more importantly – why are they so revolutionary?

Back to basics: blockchain

Before we fully immerse ourselves in the hows and whys of smart contracts, we must first have a decent understanding of their underlying technology: blockchain. In traditional databases, information is usually structured in tables and stored in one place. Blockchain data, on the other hand, is contained in blocks and encrypted using cryptography. Each block has a maximum storage capacity and, once reached, links to the previous block. This establishes a chronological chain of data blocks, hence the term blockchain.

Blockchains are essentially immutable ledgers: records of digital information – transactions – that are captured, duplicated and distributed among the nodes of the network and are impossible to modify, cheat, corrupt or destroy. Since all users collectively control the blockchain, it creates trust without the need for a trusted third party – a key aspect of Web3.

Today, blockchain is best known for its earliest real-life use case in 2009: Bitcoin. Over the years, it has emerged as the standard for cryptocurrency systems. In addition, blockchain is increasingly being adopted in other Web3 applications, such as decentralized finance (DeFi), non-fungible tokens (NFTs) and – of course – smart contracts.

In 2015, Russian-Canadian programmer and former Bitcoin Magazine founder Vitalik Buterin launched Ethereum, the largest smart contract blockchain to date. In Ethereum, smart contracts are written in a programming language called Solidity and run in the Ethereum Virtual Machine (EVM), a Turing-complete, decentralized virtual machine that is shared across all the nodes of its network.

Smart contracts: if X then Y, but smarter

Nick Szabo’s vending machine analogy: a coin for a Coke

Though Buterin and his team were the first to establish an approved smart contract platform, American computer scientist Nick Szabo had already coined the term ‘smart contract’ in 1996. He compared its mechanics to those of a vending machine: you insert a coin, a computer chip registers the money, and in return the machine pops out a fresh Coke – the whole process is a kind of smart contract.

Essentially, smart contracts are what-if programs, stored on a blockchain. They automate the execution of an agreement between two participants when a set of predetermined conditions is met, without the need for a trusted third party. Once the contract is deployed on the blockchain, it becomes immutable, meaning that its terms can no longer be altered. Breach of contract is impossible, and room for interpretation between the lines is non-existent. As Ethereum puts it: code is law.

Smart contracts are publicly available on the blockchain and fully auditable at any moment in time. There is no middleman involved and encrypted transaction records are distributed among participants, so you needn’t worry that information has been altered somewhere along the line for personal gain.

As soon as all predetermined conditions are met, smart contracts self-execute immediately. Moreover, because they operate in a deterministic way, the same, correct outcome is always guaranteed.

In a blockchain system, each block is connected to previous and subsequent blocks. If hackers wanted to corrupt the system, they would have to alter the entire chain – every block across all of the distributed versions of the chain – to change a single record. Approved blockchains like Bitcoin and Ethereum are constantly and continually growing, which substantially increases the security of their ledgers.

The elimination of intermediaries translates into less time and money spent (or wasted) on building an artificial layer of trust with a trusted third party.

In smart contracts we trust

There’s no doubt that smart contracts are on the verge of a general breakthrough. As with everything in the digital universe, all that is needed now is a legal framework to persuade traditional institutions to adopt them. Meanwhile, a number of pioneering companies have begun developing their first use cases and are recruiting blockchain engineers en masse with an eye to the future. Brave, the company behind the privacy browser, deployed its first smart contract and token on the Ethereum chain in 2017. By now Brave’s Basic Attention Token that facilitates advertisers to pay consumers directly for their attention is a big hit with over 30 million active users.

Still, not every contract needs to be a smart contract. In some situations, a level of vagueness is inevitable when drafting the terms of an agreement – for example, when defining liability in insurance contracts. In other situations, it may be more lucrative to use an analog contract because the cost of deploying a smart contract would be too great. In fact, everything depends on the context in which the contract is supposed to operate.

Although it’s too early to make predictions, in the future we may well get a system with hybrid contracts, combining the features of analog and smart contracts. All guesses aside, it’s clear that we’re slowly but surely moving toward a multichain world, in which numerous blockchains coexist, each with their own specialty. Whether Ethereum will continue to be the dominant blockchain for smart contracts remains to be seen. Whatever happens, the future of smart contracts looks very promising.

Smart contracts are smart. Harnessing the power of data to improve your CX is downright genius.

We’d love to help you with that.
Get in touch!
Keep innovatingImprove your data literacy 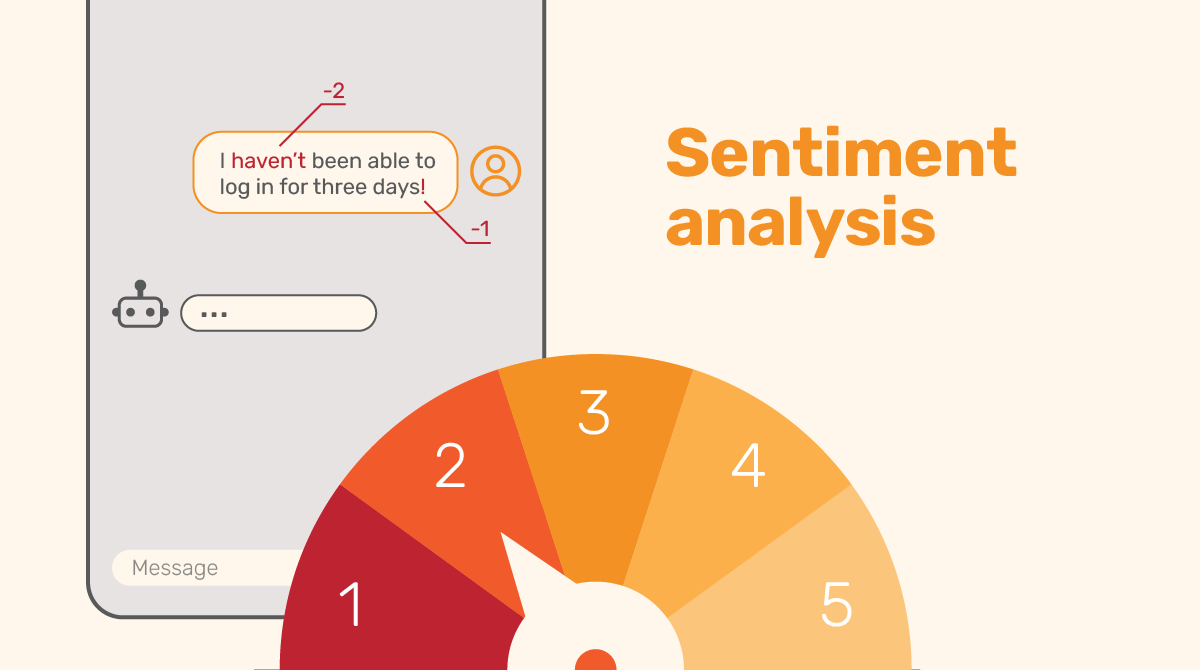 How are your customers really feeling? Sentiment analysis dissects the emotions behind written messages

Do you ever wonder how users really feel when communicating with your company? Are they just being polite while secretly frustrated? Sentiment analysis will help you discover their true emotions. 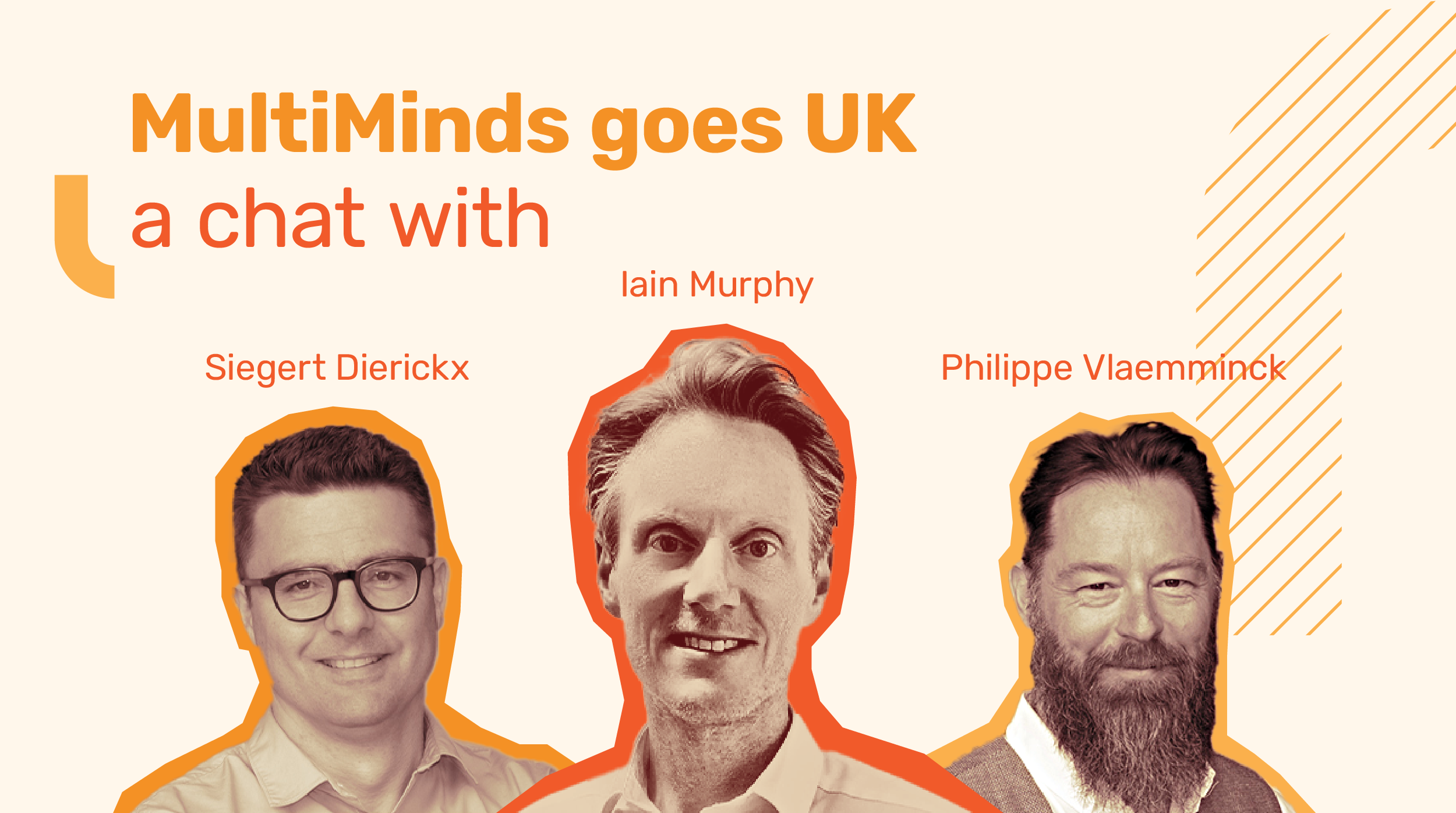 Let’s give a warm welcome to the newest member of the MultiMinds family: meet Iain Murphy, the Managing Director of our brand new UK branch. Whoa there! Wait a minute … did you just say that MultiMinds has an international office? That’s right! We’re finally expanding – and taking 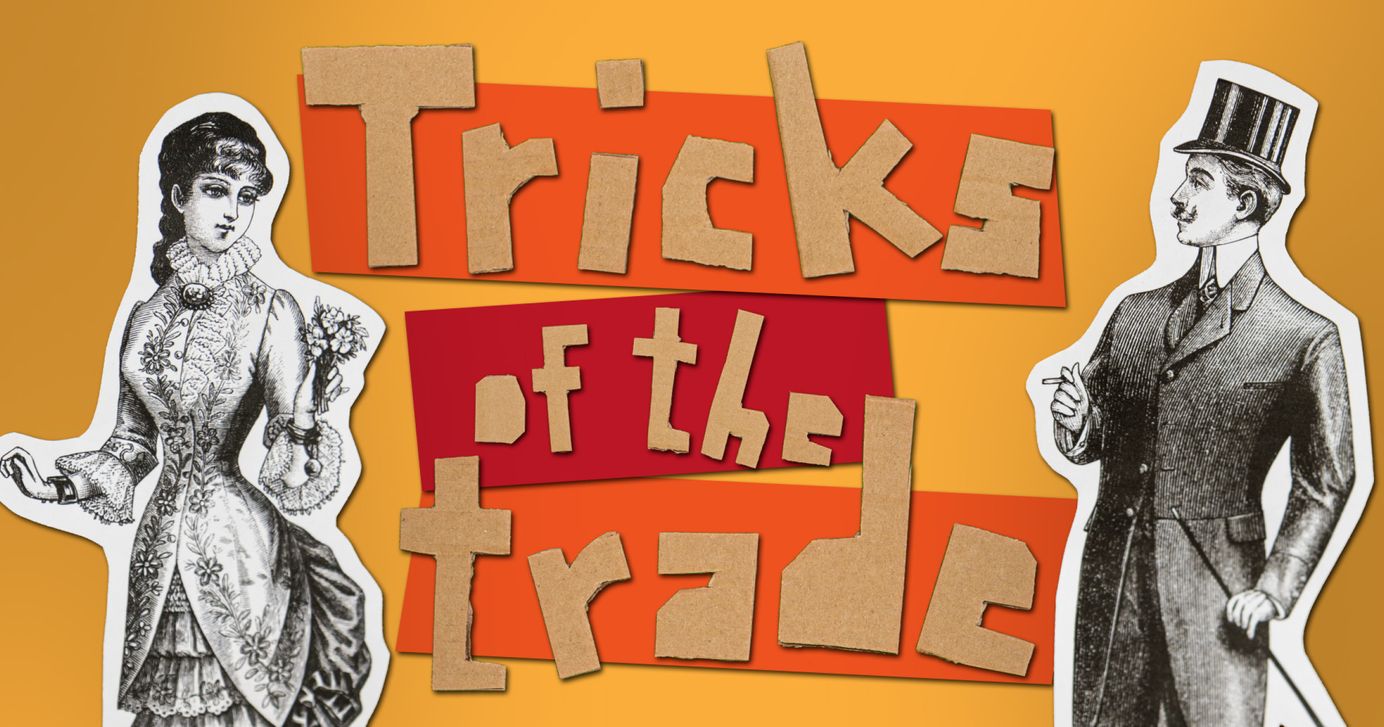 Nicolas Lierman
30 Mar 2022
Build a data strategy
about us
MultiMinds is a leading Belgian digital analytics studio. With our expert team we help both local and international brands with their digital analytics strategy.
address
Hertshage 10, 4th floor
9300 Aalst, Belgium
BTW: BE 0554 690 837
socials